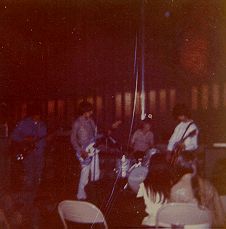 Currently appearing -
He has performed in all kinds of venues, from some of the smallest watering holes in the region from Delaware to NYC, to legendary venues such as Philadelphia's Theater of The Living Arts (TLA), Philadelphia's Legendary Dobbs, and several theater and outdoor venues.  He has also performed at several private and corporate events in Orlando FL and New Orleans LA.